Why Gold, and Why Now

For thousands of years gold is the ultimate store of value. Currently, gold is undervalued as there are massive bubbles in asset markets and central banks continue to print money, which supports these bubbles. This is an unsustainable situation; and when the bubbles burst the gold price will rise. 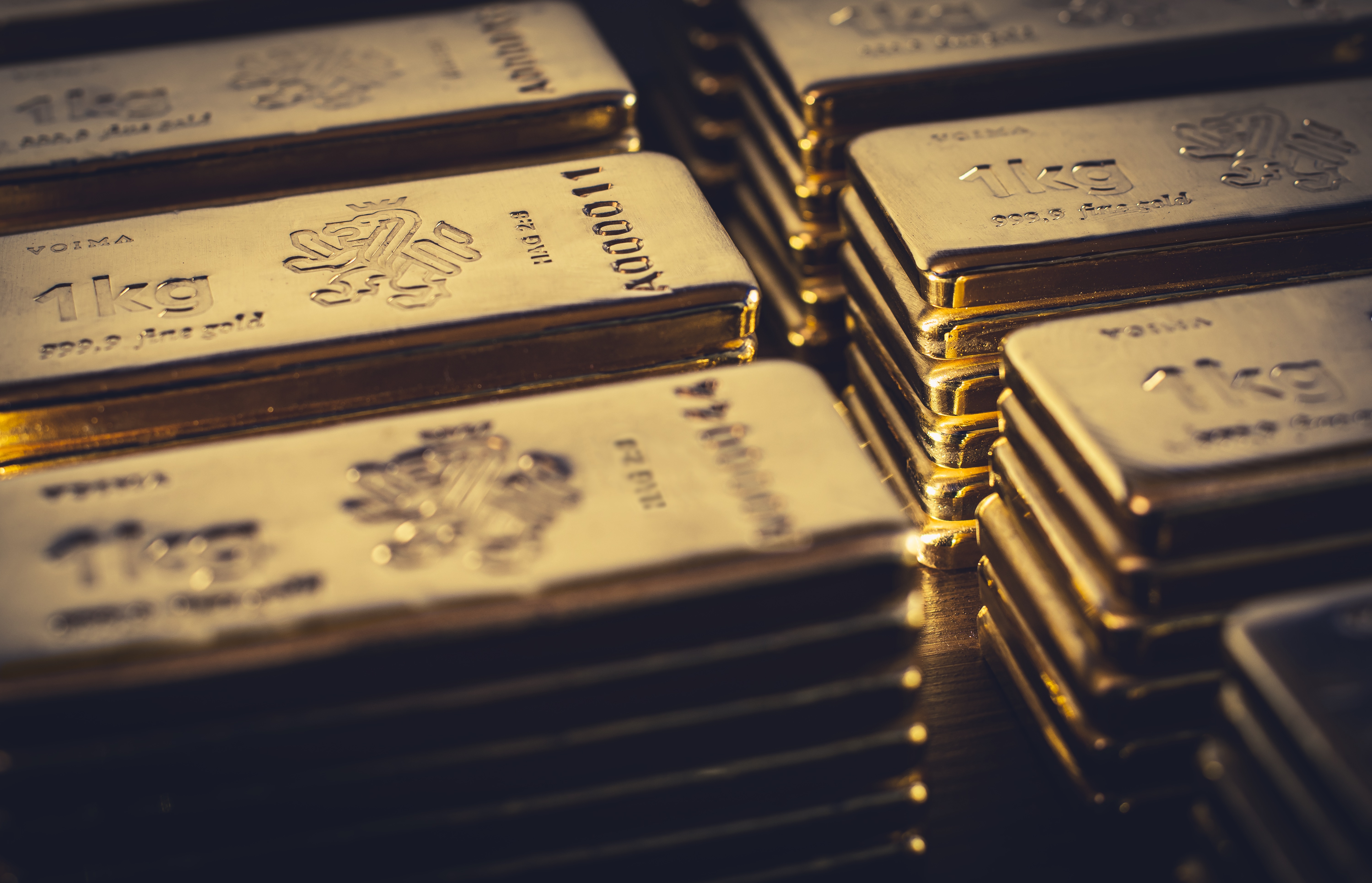 Gold is the ultimate store of value, as it’s the only globally accepted financial asset without counterparty risk, and it has preserved its purchasing power throughout history. In the long-term, the stability of gold’s value is unparalleled.

Because gold is scarce and immutable, it has been used as money for thousands of years. Gold’s first use was for adornments—jewelry, regalia, and prestige goods. As early as the 5th millennium BC gold beads of different sizes and purities were manufactured through serial production in Varna, Bulgaria. The semi-finished products were worn in a necklace, and possibly traded.

Around 3000 BC weights and scales were invented, which allowed precise measurement of materials and enhanced trade. Gold developed as a store of value, unit of account, and symbol of wealth. By 600 BC coinage was invented in Lydia, what is now Turkey, which promoted gold to be used as a currency. In many civilizations ever since gold was either officially money, or used as a store of value.

Since 1971, the World has been on a pure “paper money” standard despite the fact that bank notes are hardly used nowadays. Most of the time, what is used as money are digital book entries. Whether in paper or digital form, money issued by governments is commonly referred to as fiat money.

The Price of Gold Goes Up

Because fiat currencies can be created boundlessly, over time their value declines, and thus the price of gold denominated in fiat money goes up.

Although, the gold price doesn’t go up in a straight line, it has always “caught up.” Over time, the price of gold has always compensated for devaluing fiat currencies. Gold’s purchasing power has remained markedly stable in the long run.

Because the gold price keeps up with prices of consumer goods, gold preserves its purchasing power. Since 1800, gold’s purchasing power in the U.S. has been remarkably stable. It became more volatile after 1971, but has kept trending slightly upwards.

This is the power of gold: it preserves personal as well as generational wealth.

On the Voima Gold homepage you can see that since the euro was created in 1999, the gold price in euros has gone up by 550%. When corrected for (consumer price) inflation, gold in the eurozone has increased in purchasing power by 350% in 20 years.

Gold Keeps up With Other Financial Assets

Hedge Fund Manager Ray Dalio has compared storing value in gold versus government bills (bonds with a maturity of less than one year), since the classic gold standard has been gradually dismantled (1912). Government bills are thought to be safer than bank deposits, although both have counterparty risk, unlike gold.

Dalio computed the annual returns in real terms, which is done by subtracting inflation from interest rates. Gold doesn’t have an interest rate—when it’s not lent—it just goes up in price. The result over 100 years is that in major economies the average annual return of government bills was -0.2%, while gold’s return was 2.2%.

The poor result of the bills is because they are denominated in currencies that have been strongly debased since 1912. The U.S. dollar, for example, lost more than 98% of its value against gold over this time horizon.

Performances of all assets in the chart above are measured by their compound annual growth rate, and are not corrected for inflation.

As you can see, inflation is included in the chart, and “U.S. cash” doesn’t keep up with it. Clearly, the ones that do not own gold, but have a bank savings account, will see their wealth diminish.

Regularly, when stock markets crash investors flee to gold, causing the gold price to rise. Stocks and gold are often negatively correlated. For investment purposes gold is an excellent diversification. When gold is added to an investment portfolio it lowers volatility and improves performance. Owning gold is for everyone and for all seasons.

CPM Group calculated that the best risk-return balance of an investment portfolio is reached when it includes 20% of gold (next to an equal share of stocks and bonds).

Other studies suggest a different allocation of gold. The sweet spot depends on your time horizon, risk appetite, and the size of your portfolio.

The Future of Gold

As mentioned, since 1971 the price of gold hasn't gone up in a straight line. Naturally, the question arises, is it now a good time to buy gold? I believe it is.

I expect the gold price to rise going forward, because there are currently huge bubbles in asset markets and central banks continue to print money to support these bubbles. This year alone, the Federal Reserve has expanded its balance sheet from $4 trillion to $7 trillion dollars. A whopping $3 trillion dollars have been printed in just 4 months. The stock "price to earnings ratio" has reached record levels. Needless to say, this is a highly unsustainable situation; and when the bubbles burst more investors will turn to gold.

Currently, the stock market is overvalued versus gold, as can be seen in the chart below. Gold will outperform stocks in the years ahead.

Since 1971, instead of gold being the centerpiece of the international monetary system, government bonds have taken its place. Capital has been invested in sovereign bonds based on the (false) belief they are risk-free. Now, the sovereign bond market is in a bubble.

One sign of the bubble is that debt obligations of many developed nations have a negative interest rate. This reflects these securities are strongly overvalued. Another sign is that the world has never been this much in debt. World debt to GDP is currently well over 330%.

Over-investing in sovereign bonds—incentivized by central banks—has caused governments to borrow beyond their means. For these countries their debt to GDP levels are skyrocketing, and are unsustainable. In the years ahead, global debt levels can only be lowered through debt restructuring or inflation, and both are bullish for gold.

Data provided to me by CPM Group, shows that in 1960 gold made up 5% of all global financial assets. At the end of 2019, this percentage was 0.52%. There is ample upside for gold. In nominal terms, and—although to a lesser extent—in real terms, too.

The Threat of Bank Bail-ins

Last but not least, a serious threat for people’s fiat savings held at commercial banks, are “bail-ins.” In 2014, the European Union adopted the Bank Recovery and Resolution Directive. The implemented rules dictate that when a bank becomes insolvent, the banks' shareholders and creditors pay the costs through a bail-in mechanism.

Money held at banks is technically a loan to the bank. This makes depositors “unsecured creditors” of the bank. Under the current rules, when the bank becomes insolvent, deposits will be seized to save the bank. Outside the EU bail-in rules have been implemented as well.

The reason why people are still holding large sums of fiat money at banks, is because many aren’t aware of the risks.

Above is a list of reasons why it makes sense to own gold. Gold is the ultimate store of value, and offers protection from inflation caused by reckless money printing by central banks. Currently, governments want inflation, as politically it’s the easiest way of lowering the debt burden. On May 7, 2020, Ray Dalio wrote, “Printing money is the most expedient, least well-understood, and most common big way of restructuring debts.”

The stock market is currently overvalued, as economic growth around the world is collapsing due to the corona crisis. Stock indices haven’t corrected yet, because they are high on the newly printed money. On June 24, 2020, Money Manager Jesse Felder wrote (based on calculations), “the current disconnect between stock prices and sustainable profits is, in fact, greater than anything we have seen in modern history.” Hence, I believe gold will perform better than stocks in the years ahead.