Since Inception the Euro Has Devalued by 85% Against Gold

On April 23, 2020, the gold price breached €51,000 euros per Kg for the first time in history. The gold price in euros has increased by 555% since the euro was created in 1999. Put differently, since inception the euro lost 85% of its value against gold. 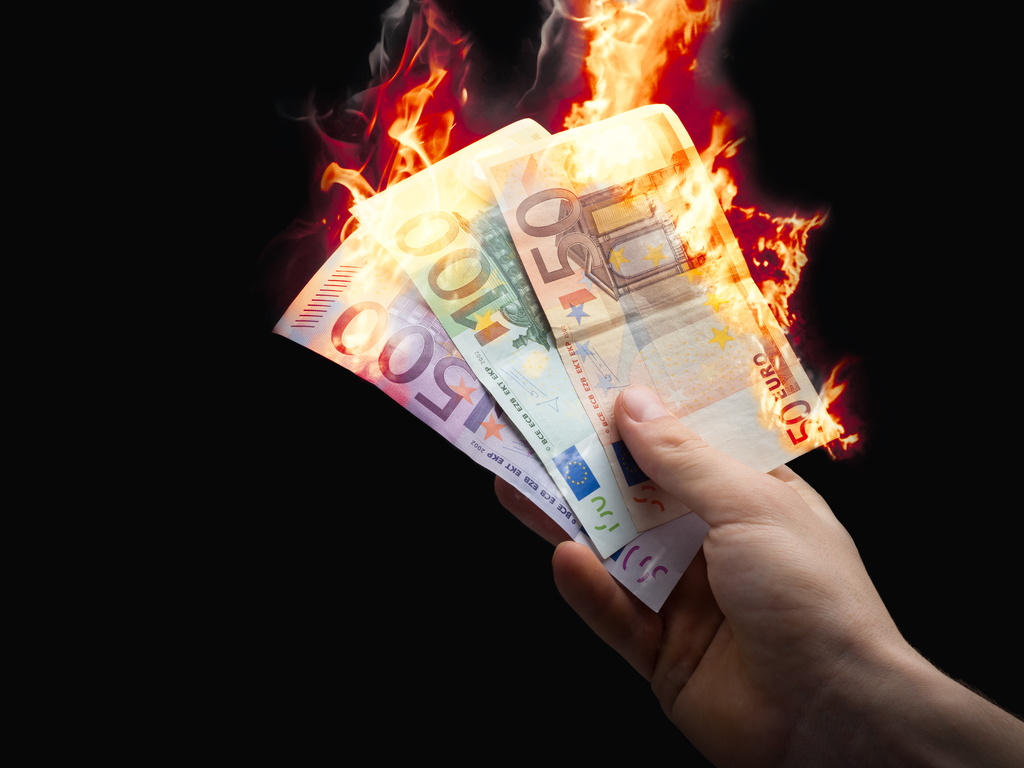 Over the course of 20 years, the price of gold in euros has increased by 555%. From a historic perspective the euro is a young currency, but already lost 85% of its value against gold. This reveals the instability of fiat money.

To evaluate by how much the euro has devalued against gold, it must be measured in gold terms (because a currency can’t devalue by more than 100%). In 1999 it took 0.13 gram to buy one euro; today only 0.02 gram. The result is that the euro lost 85% of its value versus gold. In the chart below you can see the euro’s descent versus gold since 1999.

Many people think that euros only lose purchasing power when a bank needs to be paid to store the euros. In other words, if the interest rate on a bank account is negative. This is called “the money illusion.” In reality, one has to subtract consumer price inflation from the interest rate, to arrive at the real interest rate. For the sake of simplicity, let's say the current interest rate for most savers is zero, minus one percent inflation, is -1%. Currently, euros approximately lose 1% of their purchasing power per year.

<blockquote class="twitter-tweet"><p lang="en" dir="ltr">A friend just told me his bank account might be charged with “negative interest rates” in the future. Outraged he was. I told him inflation was eating away his money for years now, with interest rates at zero. It seemed he didn’t “want” to understand this is the same thing.</p>&mdash; Jan Nieuwenhuijs (@JanGold_) <a href="https://twitter.com/JanGold_/status/1198158990846439425?ref_src=twsrc%5Etfw">November 23, 2019</a></blockquote><script async src="https://platform.twitter.com/widgets.js" charset="utf-8"></script>

Now, let’s have a look at gold. Over the past 12 months the gold price has increased by 39%. Subtracted by 1% inflation, is 38%. In one year the purchasing power of gold has increased by 38% in the eurozone (minus storage costs, that is). However, the gold price doesn’t go up by 39% every year, it can even go down for some years. Nevertheless, gold’s purchasing power has greatly increased over the past 20 years. Which is why physical gold should be seen as a long-term reserve asset.

The views expressed on VoimaInsight are those of the author(s) and do not necessarily reflect the official views or position of Voima Gold.