China’s Gold Hoarding: Will It Cause the Price of Gold to Rise?

There are reasons to think that the gold price will rise faster than expected. 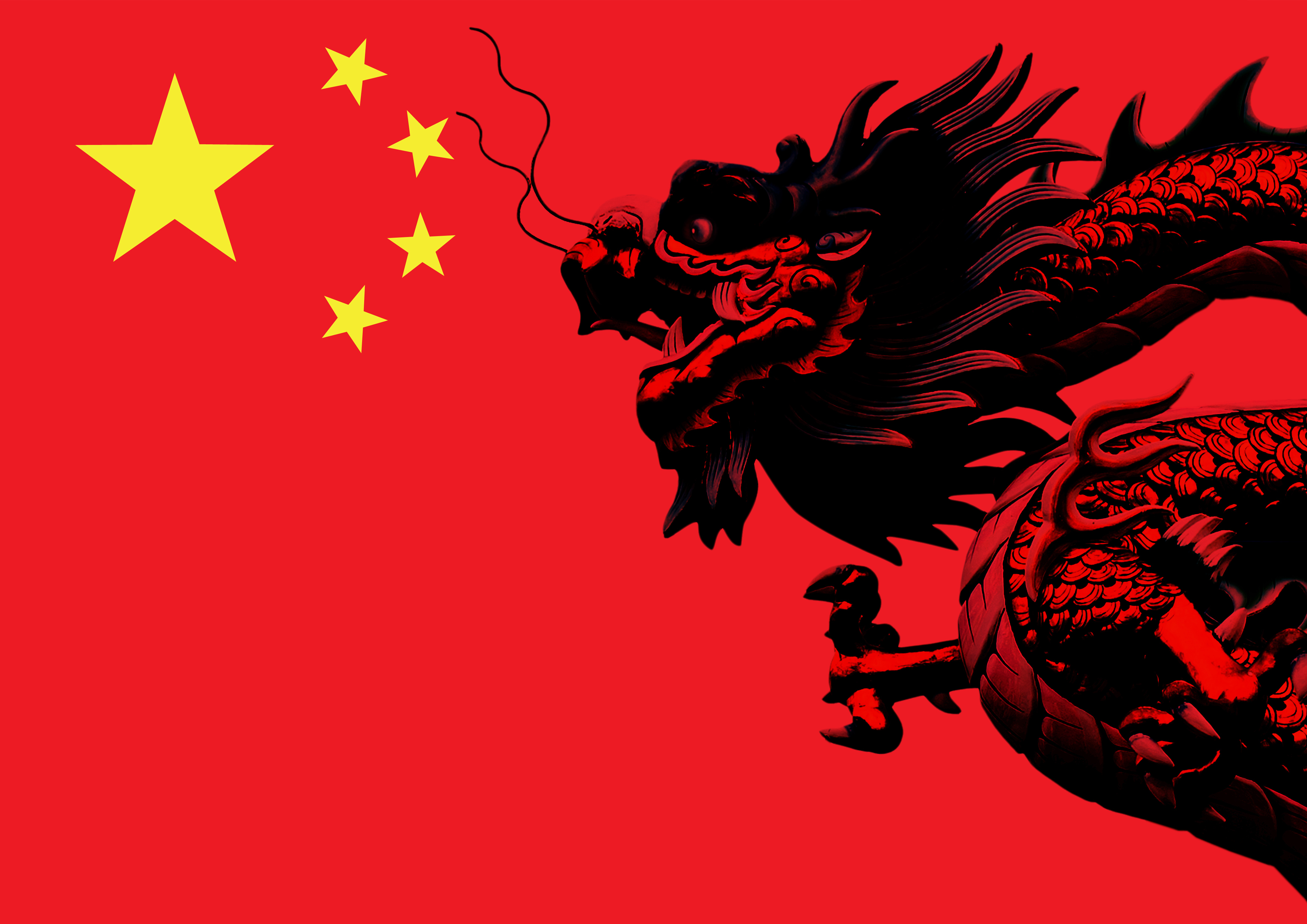 Since 2009 China has withdrawn 12,000 tonnes of gold from the rest of the world, where the short and medium-term gold price is set. For reasons I will explain, a tighter market outside of China can make the price of gold price rise faster than many expect. I believe the gold price will rise, because of excessive debt levels around the world, and incessant money printing by central banks. Central banks will try and resolve the debt burden through currency depreciation (inflation). China has been preparing for this scenario by buying gold.

One of the key drivers in recent decades for the US dollar gold price is real interest rates. It is thought that when interest rates on long-term sovereign bonds, minus inflation, are falling, it becomes more attractive to own gold as it is a less risky asset than sovereign bonds (gold has no counterparty risk). However, gold doesn’t yield a return (unless you lend it). So, when real rates rise, it becomes more attractive to own bonds.

Although the correlation is clear, it might change in the future. Possibly, when real rates fall, the gold price will rise faster than before. Let me explain why.

A significant change in the global economy in the past two decades was the rapid expansion of China’s economy. As early as the 1980s, China started to liberalize its economy, but it was only after it joined the World Trade Organization in 2001 that its economy gained significance internationally. At the time of writing, the size of China’s economy is second globally. In 2002 China freed up its gold market with the opening of the Shanghai Gold Exchange (SGE).

Because of the aforementioned developments, and its Eastern mentality regarding gold, a few years after the Great Financial Crisis (GFC), China became a major player in the global gold market. It was a net importer since the 1990s, but imports grew in 2010 and exploded in 2013.

China’s central bank (which supervises the SGE) and other government departments have been stimulating physical gold ownership. One reason the government erected the SGE, was to allow the people to have direct access to the wholesale market and to be able to trade 999.9 fine gold at the lowest spreads. The stimulation program is sometimes referred to as the “People’s Gold.” In 2012, President of the China Gold Association, Sun Zhaoxue, wrote in Qiushi, the leading academic journal of the Chinese Communist Party’s Central Committee:

Because gold possesses stable intrinsic value, it is both the cornerstone of a countries’ currency and credit, as well as a global strategic reserve. Without exception, world economic powers established gold strategies at the national level. … the state will need to elevate gold to an equal strategic resource as oil and energy, …

In addition, because individual investment demand is an important component of China’s gold reserve system, we should encourage individual investment demand for gold. Practice shows that gold possession by citizens is an effective supplement to national reserves and is very important to national financial security. … We should advocate to ‘store gold among the people’ [“People’s Gold”] and guide a healthy positive development in this segment. … This is the objective under our gold strategy.

The world economy faces new changes, new challenges and new opportunities. Therefore, we must relook the status and function of gold from a strategic height, and create and implement a national gold strategy, to strengthen our country’s ability to counter complex situations.

Several national central banks in Europe will agree with Sun Zhaoxue, as they’re slowly preparing for Plan B: gold.

In 2016 the SGE launched a smartphone application called “Yijintong” to further ease gold trading for everyone. Note, the government has mainly facilitated the infrastructure for gold trading in China. Nobody forces Chinese citizens to buy gold. “China has been infatuated with gold for thousands of years,” according to former Managing Director of the Far East for the World Gold Council, Albert L.H. Cheng.

When the Chinese population had an opportunity to buy gold, so they did. According to my estimates, there are currently 20,398 metric tonnes owned by the private sector in China. The People’s Bank of China (PBoC) holds 1,948 tonnes, bringing the total to 22,346 tonnes. Up 230% from 2009.

Since the GFC, China has net imported 12,000 tonnes of gold. The gold came from the rest of the world, where the price is set in the short and medium-term. At this stage, it’s prohibited by the PBoC to export gold from the Chinese domestic market—all 20,398 tonnes of it. Gold owned by the Chinese is in strong hands. The fact the market in the West has become tighter can make gold go up faster than expected, according to my analysis. Needless to say, when sovereign bonds are downgraded (rated as riskier), the dynamic between real rates and gold will change too.

From industry insiders and circumstantial evidence, I believe the PBoC holds at least twice the amount of gold officially disclosed. Underreporting their gold reserves allowed the PBoC to accumulate at lower prices. Metal held by the PBoC, in addition to officially reported, was bought abroad and would add another 2,000 tonnes to China’s net import since the GFC. But I will leave this subject for a forthcoming article. I exclude speculative data in the paragraphs and charts above.

One reason for the gold price to rise is because the global debt-to-GDP ratios are excessive, and will be lowered, partially, through inflation. Debt in moderation can cause real economic progress. However, debt in excess can cause bubbles, stagnation, or depressions; too much debt caused the GFC. Unfortunately, the medicine we took was more debt. Last week, the World Bank warned the current debt wave is “the largest, fastest, and most broad-based wave of debt accumulation in advanced economies as well as in emerging and developing economies” since the 1970s.

Since the GFC, central banks have embarked on unconventional monetary policy. Through Quantitative Easing, i.e., printing money and ultra-low interest rates, initially, some economic pain was avoided, but the underlying problem got worse. Across the board, debt-to-GDP levels have gone up (world debt is now at a record 322% of GDP). It seems to me that unconventional monetary policy is counterproductive, and not just because debt has expanded. Consider some of the unintended consequences: Stock markets are addicted to the printing press, asset bubbles are everywhere, and inequality is rising. So-called zombie companies (kept alive through artificially low interest rates) decrease productivity. Instead of spending more, consumers are spending less because the low-interest rates policy makes them feel insecure about the future. How to get out of this situation?

In the stalemate, Christine Lagarde, the new head of the European Central Bank, is urging the few countries with relatively low debt levels, to “stimulate” the economy by borrowing and spending. Meanwhile, she holds key interest rates below zero and the printing press active. The Federal Reserve has reignited its printing press last September, which gave the US stock market another catalyst. When push comes to shove, our monetary “leaders” will always revert to printing money. There is a sense of logic in this, as to not intervene would undermine a central banks’ right to exist.

My concern is that money printing and more government-induced debt will ultimately lead to high inflation. Central banks will be reluctant to raise interest rates when that happens, as it would make the debt unserviceable. A “side effect” of high inflation, is that it reduces the debt burden. (Debt is fixed in nominal terms, of which the real value is eroded through inflation.) It’s an old trick to get out of debt through inflation, and governments are likely to choose this route.

In the scenario described above real rates will fall, and the price of gold will go up.

Governments are likely to continue printing money to pay their debts with devalued money. That’s the easiest and least controversial way to reduce the debt burdens and without raising taxes.

In a leading financial journal, The Economist, the same solution was presented:

good old fashion currency debasement [/inflation] and the annihilation of nominal creditors (most of which reside outside the US). We have done this before in our 200+ year history and we will surely do it again.

Ole Hansen, head of commodity strategy at Saxo Bank, noted on January 9, 2020, “The story for gold is still there…. the United Nations food agency reported Thursday that its global food price index rose to a five-year high in December to 181.7 points. We expect the inflation story to unfold throughout the year.” Just because we haven’t seen staggering inflation numbers in developed nations for forty years, doesn’t mean it’s not on the table.

Like I said before, I think in the current environment, the gold price can rise faster than expected. Aside from the speed with which the gold price can rise—in a debt-based monetary system, the gold price is guaranteed to rise in the long run—equally important is that inflation will create winners and losers. If your savings are in fiat money and you own debt, you will lose. If you own hard assets, such as gold, and you are in debt, you will win. Perhaps this is why Sun Zhaoxue wrote, “The world economy faces new changes, new challenges and new opportunities. Therefore, we must relook the status and function of gold from a strategic height, and create and implement a national gold strategy.” Having 22,346 tonnes of gold within Chinese borders will protect against currency depreciation.

Ms. Lagarde confirmed she aims for currency depreciation when last November, she said, “We should be happier to have a job than to have our [fiat] savings protected.” Fortunately, there is gold in Europe too.