As the coronavirus is spreading around the world, its ramifications on the economy will boost the price of gold. 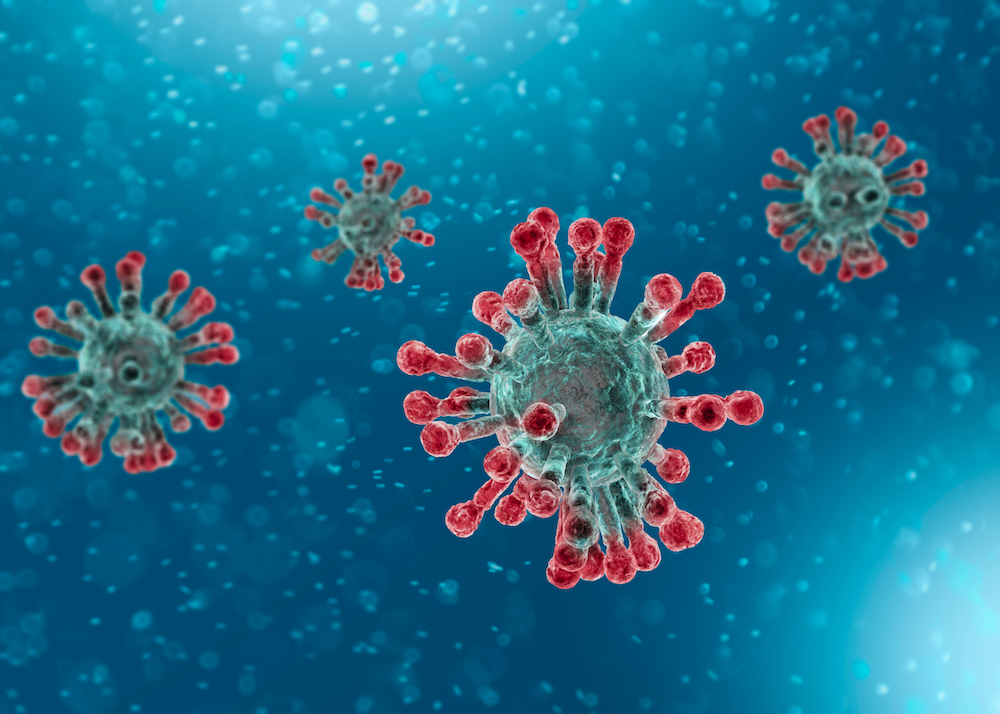 The coronavirus is swallowing the world. What started in January as a local issue in Wuhan, China, is now a global problem. Although there remains uncertainty around the health hazards of the virus, its impact on the world economy is clear. Early on, we witnessed large segments of the Chinese economy grinding to a halt and supply chains collapsing. As the virus is spreading, major economies will likely suffer the same fate as the Chinese. Across the globe, schools and companies are closed. Events are canceled, and traveling is brought to a minimum. People that can work from home are asked to do so.

Government officials are taking precautions as well and for a good reason. In Iran, 23 Members of Parliament have been infected, and one of Ayatollah Khamenei’s top advisers died of the virus. On Wednesday, the first case of corona in an EU institution was confirmed.

The European Central Bank called off a meeting on Tuesday out of fear for contamination, and the International Monetary Fund decided to change the spring meetings to a virtual format (video conference). In France, President Macron ordered to confiscate all stockpiles of face masks and to nationalize production, just before the news came out by the World Health Organization, that “the mortality rate for COVID-19 [coronavirus] is 3.4% ..., higher than previous estimates of about 2%.”

My concern is that the virus has set in motion a domino effect in a brittle world economy. After the Great Financial Crisis, central banks have over-stimulated the economy through quantitative easing (“printing money”) and extremely low interest rates. Unconventional monetary policy has spawned asset bubbles, zombie companies and banks, decreased productivity growth, and global debt to GDP is at a historical high of 322%. Although unconventional monetary policy has worked counterproductive, any subsequent economic downturns will make central banks double down on their previous policy: more stimulus.

<blockquote class="twitter-tweet"><p lang="en" dir="ltr">Powell says the Fed will aggressively print money to fight next recession.<br><br>1) This promise won’t make the government spend less.<br>2) This is as good as a guarantee the current debt burden will be alleviated through significant inflation. <br><br>Got gold? <a href="https://t.co/divB6wbbQd">https://t.co/divB6wbbQd</a></p>&mdash; Jan Nieuwenhuijs (@JanGold_) <a href="https://twitter.com/JanGold_/status/1227675363976925184?ref_src=twsrc%5Etfw">February 12, 2020</a></blockquote><script async src="https://platform.twitter.com/widgets.js" charset="utf-8"></script>

The first macroeconomic indicators coming in from China are disastrous. The headline Caixin Business Activity Index fell over 25 index points from 51.8 in January to 26.5 in February.

The economic shock made Chinese banks—which were already suffering from non-performing loans (NPLs) on their balance sheet before the virus erupted—to take extraordinary measures in not recognizing bad loans, with the explicit approval of regulators in Beijing. More from Bloomberg:

Some of the measures, … include rolling over loans to companies at risk of missing payment deadlines and relaxing guidelines on how to categorize overdue debt

The four biggest state-owned banks are trading at an average 0.5 times their estimated book value for this year, near a record low.

These are signs of a double-edged problem: companies aren’t making ends meet and banks face insolvency.

European banks are in no better condition. A few months ago, Dutch independent journalist Arno Wellens computed the price to book ratio for Europe’s largest banks. Some banks appeared to be healthy—mainly the ones in countries that are not in the eurozone. But many other Systemically Important Banks, such as Deutsche Bank, Commerzbank, BNP Paribas, Crédit Agricole, Société Générale, UniCredit, Banco Popolare, Banca Monte dei Paschi, and Banco Santander have price to book ratios far below 100%. Insiders know these banks are not healthy (no matter what stress test they pass).

The coronavirus will cause the economy in Europe to suffer a significant setback (as in China). It will hurt businesses and, in my view, will push the economy into a recession. On Wednesday, European Union officials publicly stated they are “starting the internal reflection” on their methodology for dealing with failing banks. Banks, once again, will face bankruptcy.

Why Gold Will Rise

Gold has been a safe haven for thousands of years. And still, when economies contract, stock markets plummet, and banks fail, gold offers the best protection, as it’s the only financial asset that is no one’s liability. Gold has no counterparty risk and can’t be printed.

The decline in UST yields came after the Federal Reserve cut its baseline interest rate on Tuesday by 0.5% in an attempt to calm markets. Last week the U.S. stock market experienced its fastest correction in history.

Investors are in the process of running down Exter’s inverse pyramid: selling stocks, buying government bonds, and to a certain extent, gold.

I say to a certain extent, as currently gold makes up a small fraction of all financial assets. When I asked Jeffrey Christian from CPM Group how much he estimates gold now represents, he replied over email:

In my view, this means there is still much more upside for gold.

Although I think gold has a lot more upside, it can be a bumpy road. When the economy contracts, deflationary forces can hold back gold. Central banks will not tolerate deflation, though, certainly not with sky-high debt to GDP levels. Deflation causes nominal income to decline, which makes debt unserviceable. This would trigger a chain reaction of defaults. Central banks stand ready to avoid this scenario and will continue to pursue inflation to alleviate the debt burden.

When the economy contracts, or deflation looms, I wouldn’t be surprised if central banks either hand out cash financed by new money creation (helicopter money) or directly devalue their currencies against gold as they did in the 1930s. Both scenarios could significantly increase the price of gold.