Does the PBoC Store Gold at the Fed In New York?

Rumors are making rounds the Chinese central bank stores gold at the Federal Reserve Bank of New York. If true, this would be crucial in the trade war between the U.S. and China. However, according to my analysis it’s false. 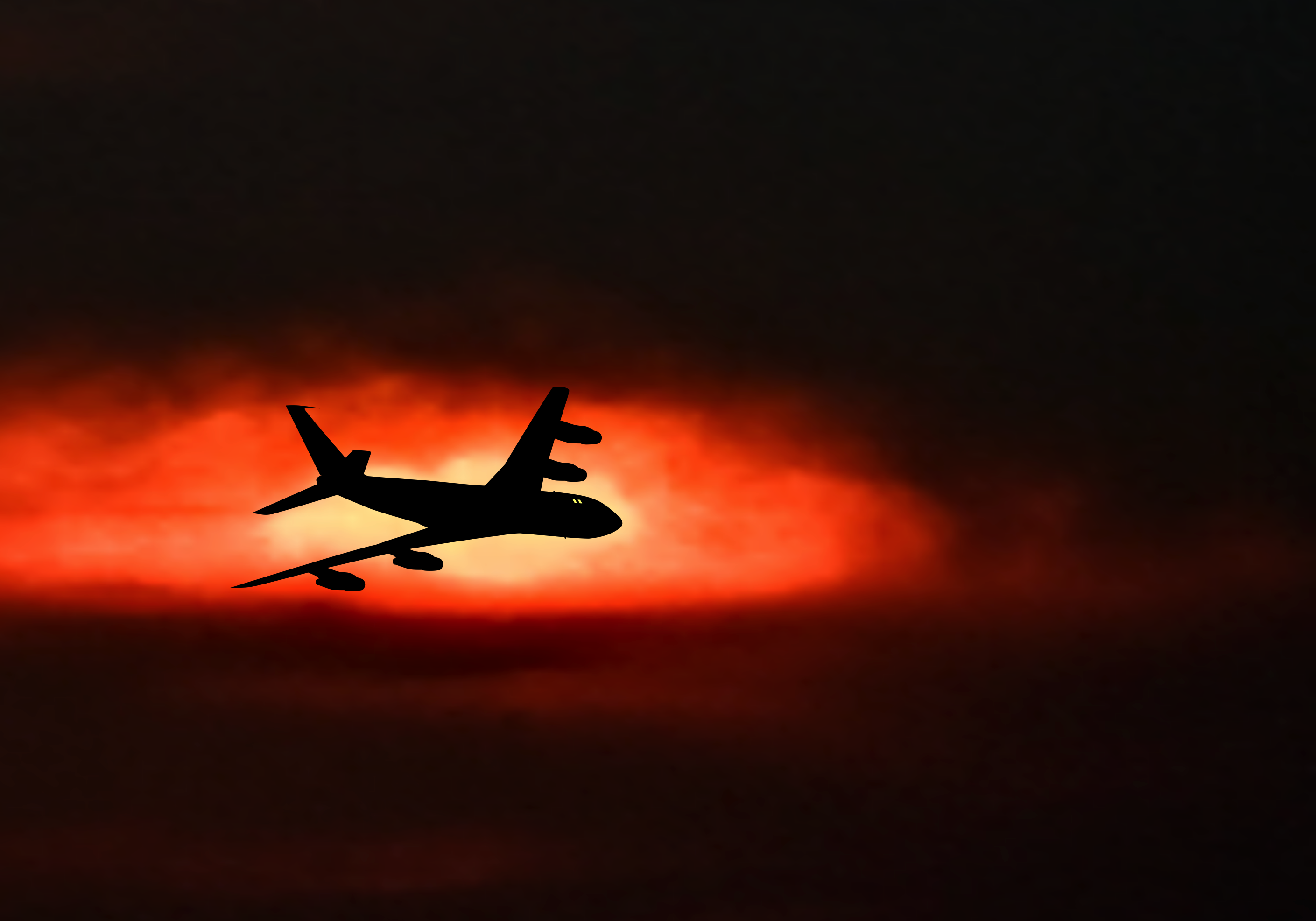 An old rumor resurfaced in May, 2020, on news outlet the Global Times. A Chinese analyst consulted by the Global Times, states the People's Bank of China (PBoC) has some of its gold stored at Federal Reserve Bank of New York (FRBNY). From the Global Times:

an analyst [Dong] said there is a risk that the US may freeze China's assets, including gold reserves.

Dong suggested the regulators lower the portion of US Treasuries in China's forex reserve basket and transport gold stored in the US back to China as soon as possible. ‍

The first time I came across this rumor was in 2013, on the website of one of the largest Chinese lenders, Agriculture Bank of China (ABC). Liu Zhongbo from ABC stated:

There are also other websites and blogs that mention the 600 tonnes figure.

Unfortunately, I haven’t been able to contact the analyst quoted in the Global Times (Dong Dengxin), nor ABC’s analyst Liu Zhongbo. Neither did I find official statistics that proof gold owned by the PBoC is in New York.

However, I did collect valuable intelligence from other sources I have in China mainland. Added with data from China’s State Administration of Foreign Exchange (SAFE), my conclusion is that the PBoC does not store gold at the FRBNY.

One of my sources, a former precious metals trader at ICBC, told me it’s very unlikely the Chinese central bank stores gold in the U.S. Next to the fact this gentleman has been very close to the fire—ICBC is one of the proxy banks that trades gold on behalf of the PBoC—his logic is compelling too.

In the 1980s, the PBoC has occasionally transported gold to London to sell for dollars and other currencies (source below). This suggests that the PBoC din't permanently store gold in the West at the time. Since the late 1990s, China’s foreign exchange reserves significantly increased, which removed the necessity to store gold in London or New York altogether.

We know that in the 1970s China ramped up domestic gold mining for a number of reasons*. The most important reason was to obtain foreign exchange, in order to reform its closed planned economy. Since 1978, the State Council approved individual prospecting, which made tens of thousands of Chinese farmers replace their ploughs for gold pans. All domestic gold production was required to be sold to the PBoC, who was the monopoly dealer in the Chinese gold market until the Shanghai Gold Exchange was erected in 2002.

In the 1983, the PBoC transported at least 120 tonnes of gold to London to exchange for dollars. Through these gold sales China started building its foreign exchange reserves (see chart below). Ever since, China's foreign exchange reserves have significantly increased. Hence, in my view, the PBoC does not store gold in New York. If I find any evidence to the contrary, though, I will report accordingly.

Below you can read part of a blogpost by Feng Yi, who worked for the Bank of China (BOC) in the 1980s, and was involved in foreign exchange and precious metals transactions on behalf of the Chinese government. The blogpost is inter alia about how Feng and a small team transported 120 tonnes of gold to the U.K. in 1983. At night, they escorted the gold from Beijing to London in one Boeing 747. (If you can read Chinese, the entire blogpost is worth reading, as it describes how the Chinese first started trading in international financial markets in the 1980s, how the pioneers had to learn everything from scratch, and eventually wrote their own textbooks and set up SAFE.)

The cross-border transport of gold and silver

In the early days of the trading room, we executed cross-border escorts for gold and silver.

The Treasury Department of the Head Office was about to transport a large amount of gold deposited in Beijing to London, where it would be stored for sales in the international market. According to the conditions at that time, we not only didn't have to pay a storage fee, but could also charge a considerable rental fee [lease rate]. The escort work was carried out by Mr. Li Shucun and Mr. Dong Wenchao from the People's Bank of China (PBoC), and Mr. Chen Zhentai and Mr. Gao Jilu from the Bank of China (BOC). I was responsible for the escort work on site. It was in 1983, a month or two after the armed hijacking incident with Zhuo Changren, so it brought a high degree of tension to the air transport of the gold. The Ministry of Public Security send their men to accompany us to London. During a meeting, we had to decide whether or not the men from the Ministry of Public Security should be armed. From the viewpoint of security, it was needed. If anything went wrong, the pilots and treasury staff would be very vulnerable. But it was a problem entering other countries with arms, so we finally decided not to carry any weapons.

We also discussed the plane to fly through Pakistan territorial sky. "Do we need to inform the government of Pakistan?", we thought. If we did, it might cause a news leak. If we didn’t, there would be no protection from the Pakistani government. Finally, it was decided not to inform the Ministry of Foreign Affairs of Pakistan until the plane took off, to minimize the possibility of a news leak. At the same moment—right after the aircraft took off—we would notify Lloyd's for the insurance policy.

Back then one of the places where gold was stored was at the basement of the Head Office at the East End of Xijiaominxiang, Beijing, which is near the Mao Memorial Hall. Gold was to be transported out from there to the Capital Airport and then to Gatwick Airport in London by air. For the urban transport in Beijing, only the open Jiefang trucks were available. About ten trucks were lined up. In each ride a heavily armed PLA [People’s Liberation Army] soldier and two staff members of the Treasury Department were present. We relied on ourselves to handle, load and unload the trucks. A staff member of the Treasury Department used a steel hook to move each package, a black steel carton in the size of a shoe box, bound by steel bars, containing two pieces of pure gold weighing about 25 kilograms, to the trucks one by one.

Because the entrance to the courtyard of the head office at Xijiaominxiang was too narrow, the big Jiefang trucks had to park on the street to load the gold, which delayed the operation. Many passers-by saw it. It created a rumor that the gold was dug up during an excavation at Memorial Hall. Of course, the rumor was harmless.

The gold was transported to the airport, and loaded on the airplane by a machine quite smoothly. The Boeing 747 was loaded with 120 tonnes, instead of being fully loaded, because of the high mass density of gold and the safety of the flight. We laid out the steel cartons with gold on the deck in the middle of the plane, each of which was laid out as a large single bed, and twenty or thirty "single beds" in the entire cabin. While we were flying through the night, we slept on these gold "beds." We joked; we were flying on a "golden dream".

The plane arrived at London airport in the early morning, but I was surprised that no guards were arranged on site for the arrival of the gold. It was not long before the BOC London branch contacted several professional escorts to transport the gold to the vault of the Bank of England.

Due to the international recognition stamp on the gold, inspection procedures were waived. Because there were no metal detectors [for assay testing] at the time, it only relied on weighing at the Bank of England. Less than a month after our shipment of gold, we heard that bandits had robbed gold at the airport. We had been lucky.

The views expressed on Voima Insight are those of the author(s) and do not necessarily reflect the official views or position ofVoima Gold.