This is the story of how the Chinese central bank manipulates premiums on gold traded over the Shanghai Gold Exchange. 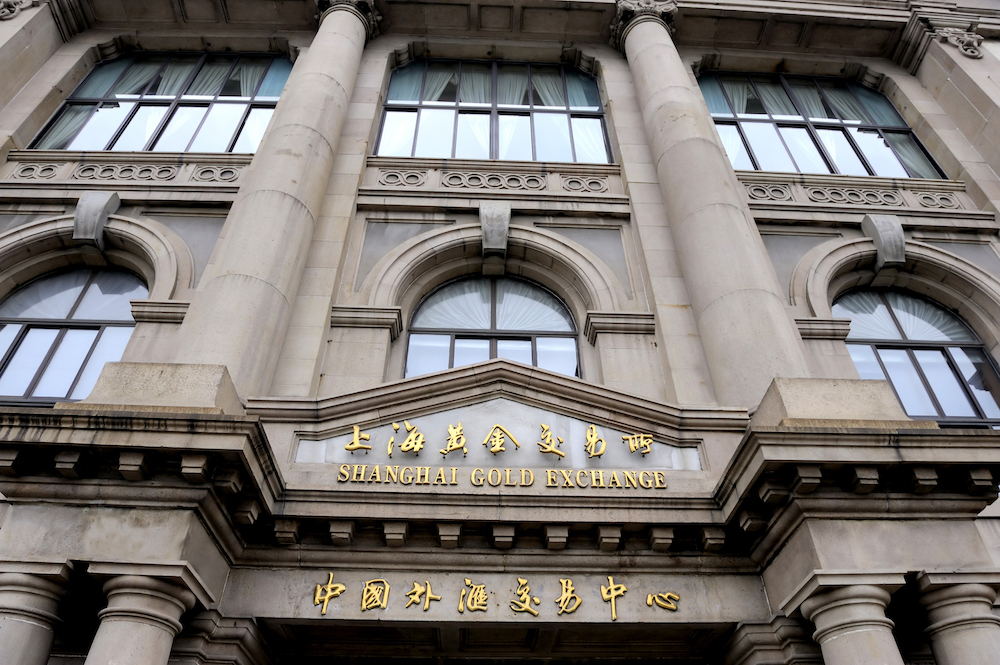 Evidence suggests that since 2017 the Chinese central bank is artificially elevating premiums on gold traded at the Shanghai Gold Exchange (SGE) by roughly 0.5%.

Arbitraging differences in commodity prices geographically always enjoy friction. Energy and time are required to transport a commodity through space. The friction applies to a farmer moving crops from his farm to the market, or a bullion bank bringing bullion from London to Shanghai. A premium in the gold price at location A versus B arises from the physical friction. With digital assets, the friction is minimal, resulting in lower premiums between exchanges.

Since the inception of the Shanghai Gold Exchange (SGE) in 2002, China has been a net importer of gold. On average, there usually has been a premium at the SGE versus gold in London (gold located in London is usually used as the global benchmark.) But careful examination shows SGE premiums are manipulated since 2017.

Importing gold is a form of capital flight. Although recorded in the current account, renminbi is exchanged for an international currency: gold. Due to unwanted downward pressure on the renminbi, late 2016, the PBoC decided to restrict gold imports. As one would expect, the premium on gold trading at the SGE went up. In October 2016, SGE premiums briefly punched through 5%, and in December, they steadily increased to nearly 4%.

Early 2017, capital outflows from China stopped and the PBoC’s battle to defend the renminbi ended. China’s foreign exchange reserves stabilized at around $3 trillion. Gold import restrictions were a thing of the past, or so we were told. What actually happened is that the PBoC subtly kept manipulating SGE premiums.

As you might know, the Chinese domestic market—where gold is primarily traded on the SGE—is a shielded circuit. Only a few banks have a PBoC license to import gold, although for every shipment they need anew approval, and export is prohibited.

However, in 2014 the SGE launched a subsidiary exchange in the Shanghai Free Trade Zone (SFTZ), for the world to freely trade gold in renminbi. This subsidiary exchange is called the Shanghai International Gold Exchange (SGEI). The PBoC doesn’t restrict the import and export of gold at the SGEI in the SFTZ. The same rules that apply to gold coming from abroad, also apply to gold coming from the SFTZ.

The main contract traded at the SGEI (iAu99.99) isn’t ultra-liquid, but it will do. To reduce noise, in the next chart are 10-day moving averages (DMA) of three types of premiums:

The premiums are loosely related through the formula:

First, I would like to draw your attention to the green line (the uncensored “SGEI Premium Over London”). In late 2016, the green line started climbing for two reasons. One, as the gold price fell over that period, Chinese gold demand went up—this is a common dynamic in China. Two, capital outflows accelerated; the Chinese were desperate to move their money out. As mentioned previously, in response, the PBoC started restricting gold imports, causing the red line in the chart to climb. SGEI gold, although physically being in China mainland, was restricted from entering the domestic market (SGE territory).

What most gold analysts look at is the black line in the chart. The “SGE Premium Over London” is considered to be the benchmark. In December 2016, it nearly touched 4%. This makes sense, everybody concluded, because of the limitations to import gold into the domestic market. But, when capital outflows stopped in 2017, the green line fell to approximately zero, while the red line did not. Remarkable, as on any given day when the red line is not at zero, the PBoC is “restricting imports.”

To be clear, SGE and SGEI metal is in the same city. There shouldn’t have to be a difference in price. In the chart above, the red line reflects PBoC interference, and since 2017, it has been persistently above zero. Concluding, since 2017 the PBoC set in a new policy of soft but steady restrictions.

An interesting “detail” is that when I looked on the map where the SGEI vault is located, I saw it is just outside the SFTZ. Apparently, the SFTZ isn’t just about geography. There are bureaucratic solutions, as well. When I reached out to the SGE, they confirmed to me that gold traded on the SGE (main contract Au99.99) and SGEI (main contract iAu99.99) is stored in exactly the same vault owned by the Bank of Communications in Shanghai!

So, although there should be no costs involved in transferring SGEI gold into the domestic market (aside from lifting bars from one shelf to another in the same vault), early 2017 the PBoC decided to implement a barrier cost of roughly 0.5%.

The chart above is based on “end of day prices”, which are indicative but not all-inclusive. With great help from Nick Laird from Goldchartrus.com I was able to get the intraday spot prices, per second, from London, the SGE, and SGEI from March 2016 until March 2018. Have a look at the chart below. You can see the premiums are volatile because the prices of all contracts move around all day. Yet the 10-day moving average reveals a trend.

Before October 2016, the “SGE Premium Over SGEI” was around zero. A normal situation, as no restrictions by the PBoC means the price of a 1 Kg 9999 fine gold bar (Au99.99) has the same value as an identical 1 Kg 9999 fine gold bar (iAu99.99) located in the same vault. After the PBoC’s intervention to restrict imports late 2016, which at the time was widely discussed in the press, it seems they set a new floor at 0.5 % on SGE versus SGEI gold. The PBoC never stopped interfering after March 2017, as far as my data goes (and this hasn’t been mentioned in the press).

One reason the PBoC could be manipulating SGE premiums is to let the gold importing banks make an extra profit. Another could be national pride; to make the Chinese gold market look stronger. Either way, what most analysts look at is “SGE Premiums Over London,” and these are artificially set.

This information is important for traders of the new Shanghai gold futures contracts listed at the largest futures exchange globally, CME Group. These contracts are financially settled based on the “Shanghai Gold Benchmark Price,” which is generated by spot auctions held at the SGE through the Au99.99 contract.

In an article from CME on the new futures contract they state (December 2, 2019):

The newly listed Shanghai Gold futures on COMEX allow market participants to have seamless access to the domestic Chinese gold price and hedge any outright price exposure to the Chinese market or to the price difference between the price in Shanghai and the international gold market.

Traders that are continuously exposed to price differences between London, New York, and Shanghai might be interested in the details exposed above.