An analysis of the current volatility in the gold market, and what to expect going forward. 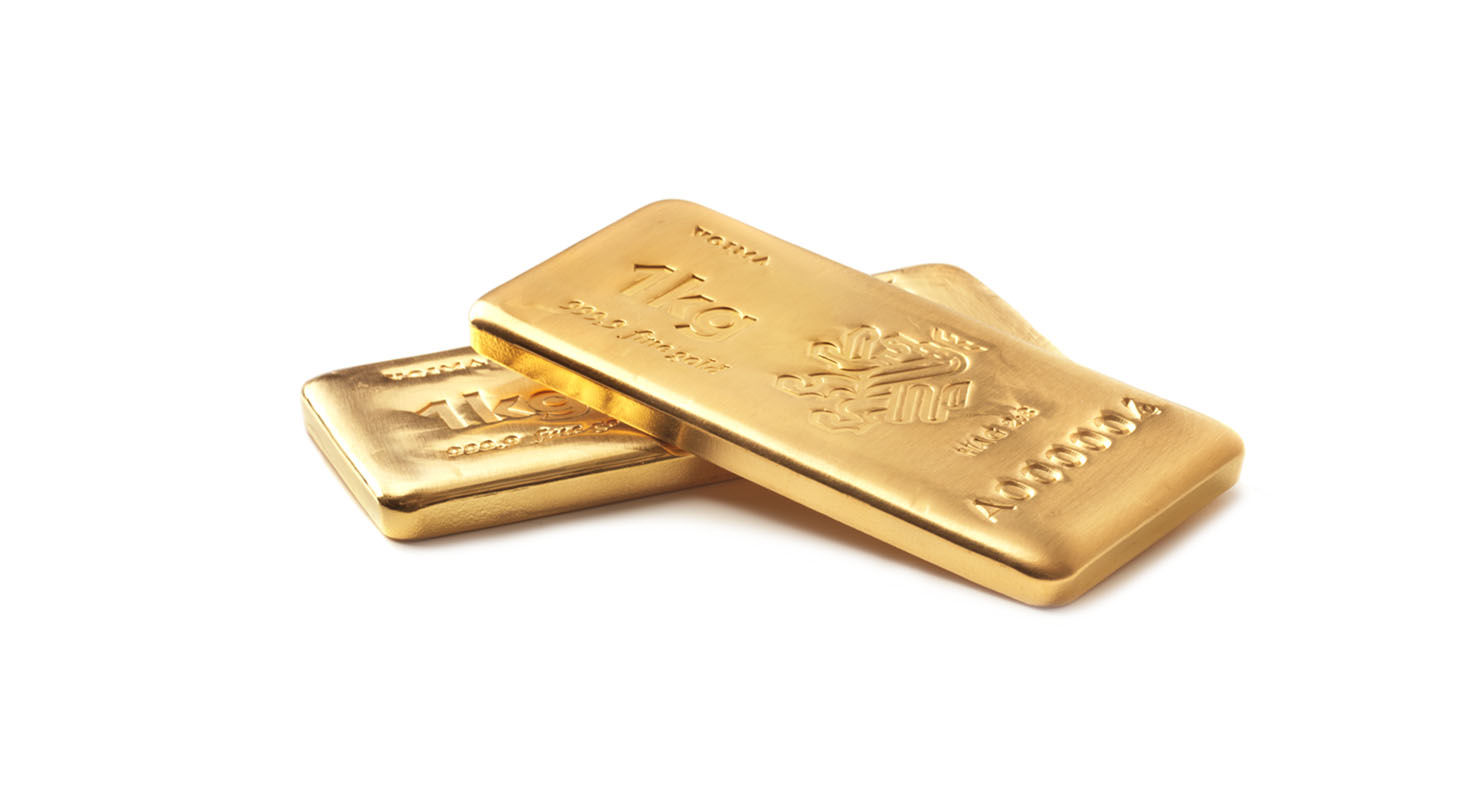 In my previous article “Coronavirus to Boost Gold Price” from March 5, I wrote, “Although I think gold has a lot more upside, it can be a bumpy road.” Since then, the US stock market has declined by about 21%, and gold took a beating too, having lost 10%. Many people question why gold is down, at the same time when stock markets are dropping at the fastest pace in history. In this article, I will set out my view on the developments that cause downward pressure on gold and what will happen going forward.

Gold is a store of value. The media, however, frequently exaggerate short-term swings in the price of gold. This month they first wrote “gold lost safe haven status” when the price declined for a few days, only to report “gold gets groove back” when it was up for half a day. Due to gold’s inherent properties—it’s physical, can’t be printed, has no counterparty risk, etc.—gold has preserved its value like no other currency for thousands of years. Why question its safe haven status based on short-term volatility?

It’s true that from the moment we left the gold standard, gold has become more volatile. Still, in general, its purchasing power has increased ever since.

As gold doesn’t yield (unless you lend it out), it shouldn’t be considered as an investment, but as a store of value. And if you zoom out, you’ll see gold performance is robust.

Since 1999 (when it was launched), the euro has lost roughly 80% of its value versus gold.

Although gold can be volatile in the short-term, in the long run gold serves as the yardstick par excellence for monetary acceleration.

Gold and the Economic Impact of the Coronavirus Pandemic

The deepest financial crisis of our lifetimes is rapidly approaching us. As the world economy is grinding to a halt, we have never been this much in debt to begin with (global debt to GDP reached a record 322% in Q3 2019). Whatever happens, financial losses will have to be acknowledged—though governments will do everything to postpone the damage. Currently, stock markets are in the process of realizing these losses. So how does gold react?

As I’ve written in my previous article, “The Essence of Gold Supply and Demand Dynamics,” the price of gold is set by institutional supply and demand. The fact gold retail demand is high (which it currently is), doesn’t imply the price should rise. In the institutional market, different forces are at play.

<blockquote class="twitter-tweet"><p lang="en" dir="ltr">What Im seeing in the gold market is heavy institutional selling en strong retail buying. Price is down, while retail premiums are up (due to manufacturing congestions, from big bars to small bars). <br><br>I think the price can struggle for a while before it starts rising.</p>&mdash; Jan Nieuwenhuijs (@JanGold_) <a href="https://twitter.com/JanGold_/status/1240179333706264577?ref_src=twsrc%5Etfw">March 18, 2020</a></blockquote><script async src="https://platform.twitter.com/widgets.js" charset="utf-8"></script>

Financial assets, including gold, are traded by a myriad of funds and investors—hedge funds, pension funds, mutual funds, high frequency traders, speculators, and so on. Important to understand is that some entities are focused on short-term returns, while others have a long-term strategy.

One reason why gold is being sold is that speculators get “margin calls” when stock prices decline. Speculative investors trade on margin, meaning they trade stocks with borrowed funds from their broker. Suppose, FundX deposits $10,000,000 US dollars in its trading account at his broker. It buys Tesla stocks for $10,000,000 US dollars. The Tesla stocks serve as collateral for a loan from the broker. Let’s say the broker lends FundX 30 % of the value of the Tesla stocks. With the borrowed money FundX buys shares of United Airlines, which serve as collateral for another loan. FundX will borrow more until it’s maxed out. Trading on margin means trading with leverage. If stock prices go up, profits are amplified and FundX can even borrow more money. But what if the collateral declines in value?

FundX will get a margin call from his broker. It has two options. Either it can sell stocks and crystalize losses or it can sell other liquid assets it holds and stay afloat. What often happens is that speculators sell just about anything to raise cash. From the Financial Times (March 13, 2020):

The executive said that clients were taking an “anything but property” approach to meeting margin calls because they did not want to put their homes at risk by pledging them as security.

<blockquote class="twitter-tweet"><p lang="en" dir="ltr">People that complain gold is down because of “manipulation” (suppression) must take a look at bitcoin. Is “the Fed” also suppressing bitcoin, or are we simply in a liquidity crisis and investors need to sell everything to stay afloat? <a href="https://t.co/R0NTkDgLA3">https://t.co/R0NTkDgLA3</a></p>&mdash; Jan Nieuwenhuijs (@JanGold_) <a href="https://twitter.com/JanGold_/status/1238362935715651590?ref_src=twsrc%5Etfw">March 13, 2020</a></blockquote><script async src="https://platform.twitter.com/widgets.js" charset="utf-8"></script>

Likely, the gold seller in the example I described, didn’t own gold as a store of value. He was long gold to speculate on short term price swings. His buying and selling had a short-term impact on the price.

Additionally, speculators might sell gold for US Treasury’s that are accepted as cash equivalents for margin accounts (more so than gold, as far as I know).

Investment funds that have a long-term view might sell gold due to rebalancing their portfolios. Suppose, FundY’s strategy is to hold 3% of their assets in gold. If the rest of their portfolio starts bleeding and gold represents 6%, they will sell gold to lower their exposure.

Deflationary expectations are another reason for downward pressure on gold. When investors expect aggregate demand to fall and deflation, they turn more bearish on gold.

As the markets are in a state of “radical uncertainty,” investors temporarily flee to cash. They cut exposure to everything waiting for the next event.

Deflationary pressure may stick around in the near future, but central banks will do whatever it takes to avoid it. With global debt to GDP at record levels, the debt can’t be serviced in a deflationary scenario. When nominal prices and nominal income declines, but nominal debt does not, the burden of paying interest and the principal increases.

The Federal Reserve has committed to print as much money as needed to combat this crisis. In the past few days, the Fed lowered its benchmark interest rates by 1% (to approximately zero), offered more than $5 trillion in repo liquidity, launched a new QE program of $700 billion, established a Commercial Paper Funding Facility, Primary Dealer Credit Facility and Money Market Mutual Fund Liquidity Facility to support the flow of credit to households and businesses, and, in conjunction with the Bank of Canada, the Bank of England, the Bank of Japan, the European Central Bank, and the Swiss National Bank, enhanced the provision of dollar liquidity via swap line arrangements, to “support the smooth functioning of dollar funding markets.” With such dedication, my presumption is, “it will be enough” to eventually stave of deflation.

As mentioned, there is downward pressure on gold, but there is strong demand as well. As multi-billion industries are collapsing—after ten years of unconventional monetary policy that created “the everything bubble”—obviously people ramp up physical gold purchases. From Metalor, the refinery in Switzerland that Voima Gold sources its gold bars, we hear throughput is exceptionally high. They’re working in two shifts to keep up with orders. Voima’s CEO, Marko Viinikka, who spoke with Metalor, had this to say:

Currently, all big Swiss refineries are seeing huge physical demand. We might see production challenges if people are getting sick, and, therefore, it might affect the speed of production. Our largest supplier, Metalor, is located on the north side of Switzerland, and the coronavirus is not spreading there. But the situation can change. Also, governments might impose some restrictions on how many people can work at the same time. Voima is operating normally.

The ones that are buying physical gold are aware of radical uncertainty, and it’s better to prepare sooner rather than later.

In my March 5 article, I wrote, “I wouldn’t be surprised if central banks hand out cash financed by new money creation (helicopter money).” Unfortunately, I was wrong. What’s happening is that not central banks hand out cash, but governments. On Tuesday, the White House disclosed it’s working on a $1 trillion package that includes direct checks to individuals. (Though pundits argue that the White House should more than double the “stimulus” package.) Measures of the same kind, but varying in size, are being taken in France, Germany, Italy, and the Netherlands. For citizens, this is very comforting. But governments have limited funds. US public debt to GDP stands at 105%, and last year—when the economy was still expanding—the federal deficit was $1 trillion, the highest in seven years.

Government debt will explode in the coming months and years, and markets are aware. Since February 20, 2020, stock markets across the globe are in a freefall. But, as it’s becoming clear that governments will open their wallets to support the taxpayers, sovereign bonds are sinking, too. Governments can’t take on debt boundlessly. The system has a point of debt saturation.

The yield on European and US sovereign bonds is rising fast.

Soon, central banks have to increase printing to mop up all the sovereign debt investors are afraid to buy. Indirectly, central bank will fund the cash handouts by the governments. Likely, much of the financial losses in this crisis will transpire through inflation. I have a hard time seeing other options to deleverage (lower debt burden).

Just when this article was about to be published the European Central Bank (ECB) notified they will start a new QE program of 750 billion euros. President of the ECB Christine Lagarde said there are “no limits to our commitment.”

As investors started selling stocks on February 20, they first moved into sovereign bonds. But since March 9, they have been moving into cash. To me, it’s remarkable how capital is following the path down Exter’s inverse pyramid—presented below.

Will it find gold at the bottom of the pyramid? Most likely it will, although we don’t know how much of it. At that point, the price of gold starts climbing.

CPM Group estimates gold accounted for 0.52% of global financial assets in 2019, so there is plenty of upside potential. Especially as the pace of the virus and its economic ramifications is accelerating, and it’s becoming more evident, we are heading towards the end of today’s financial system, which has been exhausted by decades of reckless monetary policy.