As new “emergency loans” to Italy will be handed out, let us review previous bailouts, and asses how much losses have been hidden from taxpayers. My estimates are that losses from Greek bailouts are at least €35 billion euros, but more likely north of €200 billion. 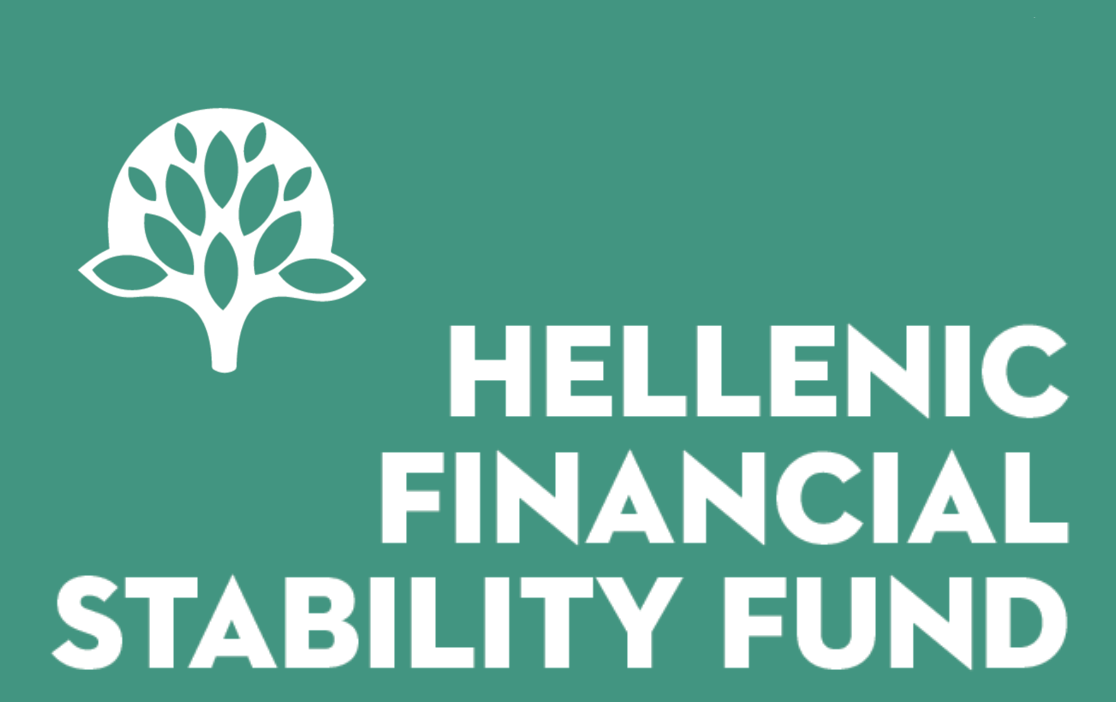 On Thursday April 9, 2020, the Finance Ministers of all euro area member states agreed to extend emergencies loans to Italy primarily through the European Stability Mechanism (ESM). Italy can’t finance itself to battle the Corona crisis, because its public debt to GDP ratio is at a staggering 135%. More debt increases the risk of default, for which investors want to be compensated with higher interest rates, which Italy can’t afford. Italy will receive funding through the ESM, which is backed by the eurozone, and thus able to issue debt at low interest rates in capital markets.

But will emergency loans to Italy ever be repaid? If not, are people across Europe willing to participate in a transfer union?

To answer the first question, we will examine similar emergency loans that were extended to Greece, and asses how much is repaid or potentially lost.

The Failure of Bailing Out Greece

Early 2009 Greece’s public debt to GDP ratio was 109%. Too high, according to the Maastricht Treaty that prescribes public debt limited to 60% of GDP, and annual deficits no greater than 3% of GDP. But things escalated when Greek Prime Minister Giorgos Papandreou had a confession to make. Through derivates contracts, assembled by Goldman Sachs, Greece had been hiding debt. With the contracts maturing, Greece’s annual deficit was increasing to 12% of GDP, Papandreou said. Interest rates on sovereign bonds sky-rocketed and Greece couldn’t finance itself anymore. Greece was approaching bankruptcy, but could avoid default through an emergency loan. Or, multiple emergency loans. Let’s briefly go through who the lenders were, and the amounts contributed.

It started with bilateral loans from euro area member states via the Greek Loan Facility (GLF), and an IMF loan. On June 7, 2010, a more systemic solution was adopted with the launch of the ESM’s predecessor, the European Financial Stability Facility (EFSF), backed by euro states. Eventually, as the eurocrisis continued, in 2012 the ESM was set up as the “permanent stability mechanism” for emergency funding. In total, €284 billion euros were disbursed to the Hellenic Republic, of which €35 billion by the IMF.

On the website of the ESM we can read, “Greece put the crisis behind it on 20 August 2018, … On that day, Greece ended its ESM programme.” But Greece never ended bailouts in terms of paying back its European partners. What happened in 2018 was that the ESM stopped lending to Greece. Something completely different than Greece having repaid. At the time of writing, Greece is not even in the process of paying off debt.

As the Greek economy kept struggling under austerity measures, which it was forced upon by accepting the bailouts, its debt was relieved several times through lower interest rates and postponement of amortization. During this period the IMF was fully reimbursed. The rest of the emergency debt was scheduled to come due in between 2023 and 2070. Or later, because the Eurogroup—the Ministers of Finance of all euro area member states—have disclosed “Greece could be granted further debt relief measures.”

Currently, not one euro has been repaid to the GLF, and just €6 billion euros to the EFSF and ESM. Which leaves the eurozone exposed to €244 billion worth of claims on Greece.

A significant amount of funding by the EFSF and ESM ended up at the Hellenic Financial Stability Fund (HFSF), to support the Greek banking system. On their website, it states the HFSF (among other objectives):

— Facilitates the management of the non-performing loans of the credit institutions.

When economies collapse, banks are crushed because clients can’t pay their debt, i.e., mortgages. Greek banks have suffered massively, and (relatively) have accumulated the highest amount of Non-Performing Loans (NPLs) on their balance sheets of the entire eurozone. NPLs drain a bank’s profitability, so ideally banks like to get rid of them. Writing off these assets, however, requires a write down on their equity. Banks usually have thin capital buffers to absorb such shocks, and Greek banks are no exception.

If a bank’s liabilities are greater than its assets, the bank is insolvent. (To learn more about bank balance sheets and capital buffers, I can recommend reading “Part I – The Upcoming European Banking Crisis” by Jonathan McMillan.) To stay solvent banks can issue new shares to raise capital. In many instances in Greece, the Hellenic Financial Stability Fund was the sole buyer of newly issued shares by systemic banks.

The “NPL ratio” is the value of NPLs divided by the total value of a banks’ loan portfolio. The HFSF aims to lower the NPL ratio in Greece to 5%, but hasn’t been successful as of yet, to say the least. The latest data from the World Bank shows Greece’s overall NPL ratio is 40%!

Because the NPL ratio reveals Greek banks carry many toxic assets on their balance sheet, the value of their shares traded on the stock market reflect this. Resulting in losses for shareholders such as the HFSF. Over the years, the investments of the HFSF to recapitalize Greek banks have accumulated in enormous losses (as shown in the chart above). Continuously buying new shares issued by insolvent banks operating in a contracting economy, equals covering the losses by these banks.

Loss from financial instruments at fair value through profit or loss: The figure corresponds to the financial result from the revaluation of bank’s shares … held by the Fund. The €9,334.2m loss in 2015 (2014: €9,694.9m) is analysed to the result of the revaluation loss from the Fund’s participations in the four systemic banks.

In some years the HFSF’s losses accounted for €10 billion euros. The HFSF’s “September 2019 Condensed Interim Financial Statements,” discloses accumulated losses at €36 billion euros. Being in the early stages of a depression, and a banking sector with an NPL ratio of 40% to begin with, these losses will never be recovered. The HFSF’s borrowed its capital from the EFSF and ESM. To my knowledge, these losses have never been communicated by politicians in, for example, the Netherlands and Finland.

Update May 4, 2020, Dutch journalist Joost van Kuppeveld send me a link to answers given in parliament by Dutch Minister of Finance Wopke Hoekstra regarding the HFSF. I wasn't aware of these documents.

Quite recently financial journalist at Euromoney Louise Bowman, wrote the National Bank of Greece (NBG), which is a commercial bank, had an NPL ratio of 42% in June 2018. The HFSF has a 40% stake in NBG. The NPL drama in Greece is thus far from over.

As we all know, in our current monetary system, sovereign debt is not meant to be entirely payed off. Public debt is meant to be manageable so it can be smoothly refinanced, while the bonds serve as financial assets for monetary authorities, banks, institutional and private investors. In the first chart of this article you can see that Germany, the Netherlands, and Finland have the lowest debt levels in the eurozone, of approximately 60% of GDP. These levels allow debt to be increased during a recession. Low debt levels are sustainable.

Greece’s debt is not sustainable, because it’s 181% of GDP. The only reason it has been manageable in recent years is because it’s mostly covered by the EFSF and ESM. In the chart below you can see how much of Greece’s debt is directly (GLF) or indirectly (EFSF) in the hands of euro states. It’s about 68%.

Whenever Greece ran into trouble, its European partners have relieved the debt through delay of amortization and lower rates. The weighted average maturity for the EFSF loans fall in 2060, and for the ESM part it’s 2050. And, as stated previously, amortization can be delayed even further.

Currently, we are entering a depression, and as a result Greece’s debt burden will increase. When GDP declines, existing debt will increase relative to GDP. Furthermore, Greece will need to borrow more money (likely through the ESM) to stimulate their economy. A higher debt burden will suffocate the Greek economy. More debt relief will be required, but this time in the form of partial or total forgiveness. If inflation hasn’t eroded the debt by then.

Below is an overview of loans provided by the EFSF and ESM to Cyprus, Greece, Ireland, Portugal, and Spain. We can see very little has been payed off. Remarkably, Ireland is currently not paying down its debt to the EFSF (it will start paying in 2030), while it has a public debt ratio of 64%! Will Ireland, but also Greece, start to repay when their debt ratio is below 60%? Greece can’t possibly get there.

In my view, the losses by the HFSF (€35 billion) will grow, and can never be recouped. Greece will need to default on much of its sovereign debt (or inflation needs to lower the burden), to grow its economy when the Corona crisis is over.

The case of Greece can be a precursor for Italy, that is about to receive emergency loans. The prevailing rule is that the ESM can lend a country 2% of its GDP. For Italy that would be €40 billion euros. However, the Italian government has already pledged to stimulate their economy with €750 billion—nearly half its GDP. Likely, Italy is about to enter the same unsustainable trajectory as Greece. It starts will small loans, but these will gradually be increased, with the risk that it can't be repaid. Resulting in more friction in the eurozone, as the people in the Southern states don’t like to be “colonized” by the ESM, and people in Northern states will keep complaining about reform in the South.

Another dynamic worth mentioning, is that when more countries are being supported by the ESM (Greece, Italy, Spain, Portugal, maybe even France) the pool of countries in the eurozone that backs the ESM shrinks. Simply put, the Netherlands and Germany can’t guarantee the debt of the entire eurozone.